To understand Actionable Alerts and how they are created, it helps to understand the workflow that takes place when an Inspector runs.

After your Inspector successfully runs, it will collect information about the target system, and it will send that data to Liongard in what we refer to as a "Data Print."

A Metric is a query into the Data Print that returns a value or data point. All Actionable Alert rules are built on Metrics.

Only Actionable Alert rules that are enabled in active Templates, applied to Environments will trigger alerts.

How are Actionable Alerts triggered?

Actionable Alerts are triggered by querying into the Inspectors Data Print, retrieving a specific Metric, and comparing that value to the thresholds set for the specific Actionable Alert rule.

To demonstrate how this works, we will use our Actionable Alert rule, "Active Directory | User Accounts With Brute Force Attempts."

Active Directory stores a value called “badPwdCount” that increases by one every time an incorrect password is entered. When your Active Directory Inspector runs, we read this value and place it in the Data Print as the key, “AnomalousActivity.”

If the value of the "badPwdCount" is less than or equal to three, the value for "AnomalousActivity" will read “Incorrect Password Attempts" in the Data Print.

If the value of the "badPwdCount" is greater than three, the value for "AnomalousActivity" will read “Brute Force Attempts” in the Data Print.

The Metric that will output this data is titled, "Active Directory: User Accounts With Brute Force Attempts Count". 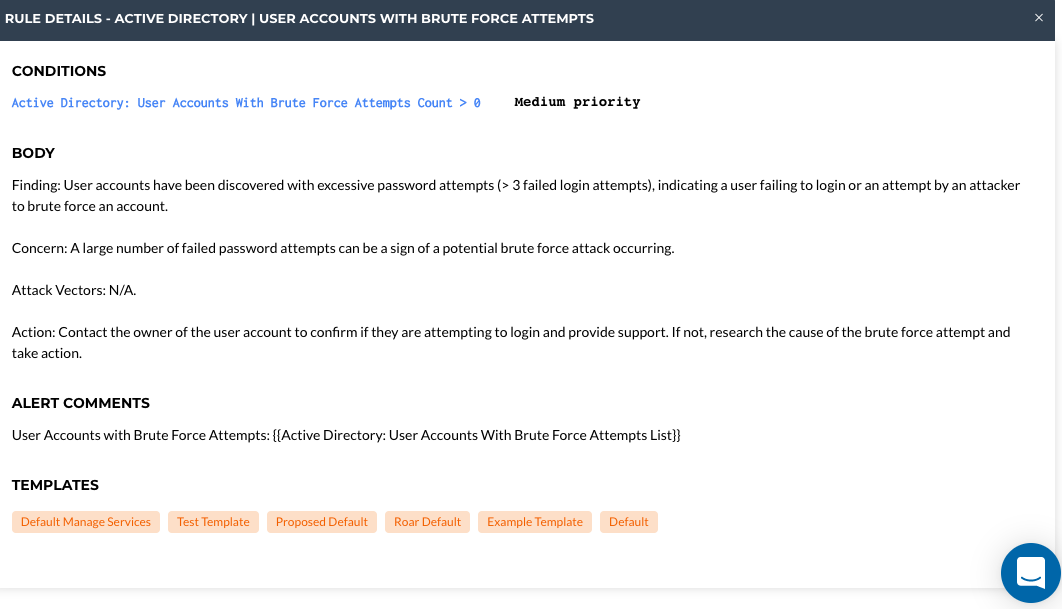 Once your inspection is complete and a Data Print lands in Liongard if you have the Actionable Alert rule "Active Directory | User Accounts With Brute Force Attempts" enabled in an active Template that is applied to Environments, we run a query into the Data Print to retrieve this stored value.

Finally, once the value is retrieved, we evaluate it against the threshold set for the Actionable Alert. In this case, if the value is greater than zero.

How to Address Actionable Alerts

Actionable Alerts are addressed by evaluating and/or clearing the issue in question on the system being inspected.

Meaning, the only way to automatically close an Actionable Alert in Liongard is to rectify the issue in the target system.

Liongard will leave open any alerts that are still triggered when the next inspection runs.

When the inspection runs at its next scheduled time, the workflow process repeats. Provided that a successful login was completed, the inspection will return a value of “0” for “badPwdCount” and a zero will be returned in our Data Print under the key, “AnomalousActivity.” Then, when the Metric query runs again for the alert, it too will return a 0, and the alert will automatically clear.

In alerts written by Liongard, an Action recommendation is included in the body of the alert to help users determine how to clear the alert. Again, remediations need to take place on the target system. You will not be able to clear the condition from Liongard.

What causes an Actionable Alert to Reopen?

Liongard reopens an Actionable Alert if the alert is closed but the condition resurfaces within seven calendar days.

In our example above, if the alert was triggered on Monday, and the account was successfully logged into on Monday (clearing the counter), and then, the inspection ran on Tuesday, the alert would clear.

Then, suppose on Wednesday, when the inspection ran, it was detected that the Active Directory counter for that same account returned a value of five bad attempts. Instead of opening a new alert, Liongard would reopen the same alert from Monday because the condition returned within seven days.

Liongard's Change Detections notify you of critical changes to the systems you are managing. 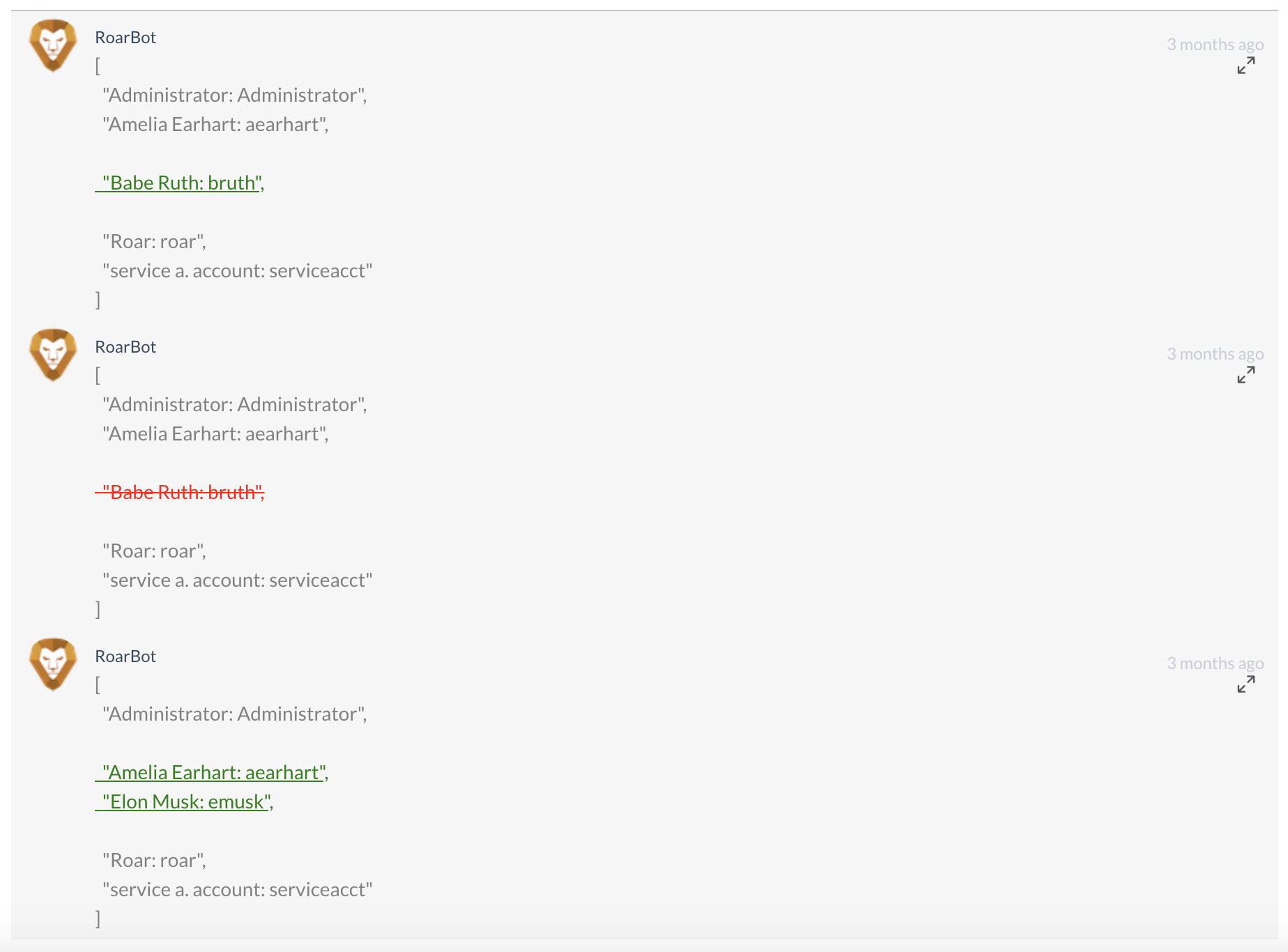 For this example, we will use the alert, "Active Directory | Change to Privileged Users"

Then, suppose "User B" is added as a Privileged User on Wednesday. The next time the inspection runs, it will trigger the same alert because both items are considered to be a change to the Privileged Users list.

If you are using Liongard's alerts in Liongard and/or our other PSA integrations/email, you will need to close the Change Detection Alert inside Liongard once you have reviewed it. To close an Alert, please review our Closing Liongard's Actionable Alerts documentation.

Closing the alert will ensure that future changes will be triggered as a new alert as opposed to just a RoarBot comment on the original alert.

If you need to silent an individual alert for a system, please review our Silence Actionable Alert Rules and Alerts documentation.

Updated over 1 year ago